Celebrity & LFA World Futurity Champion, Finished Halter Champion, Multiple National & World Champion Producer!
ILR# 262303.  DOB: 8-8-05                          WLK Heat Wave x Jaylo RTC
We are so excited to introduce our newest herdsire Mystery's Timone. He needs no introduction to the llama industry. He has won many awards including Champion Silky Male at 2008 Celebrity World Futurity. He has produced many national and world champion offspring. He is co-owned with Dawn Toraason and Lindsay Kurth.  Pictures taken at age 14. We are looking forward to his first offspring here fall of 2020. 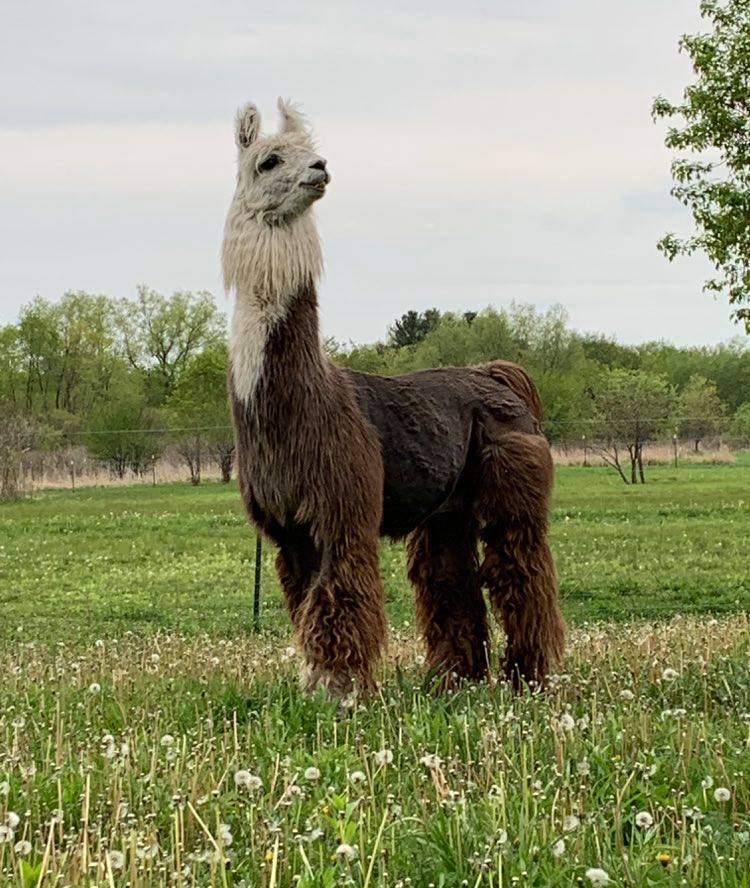 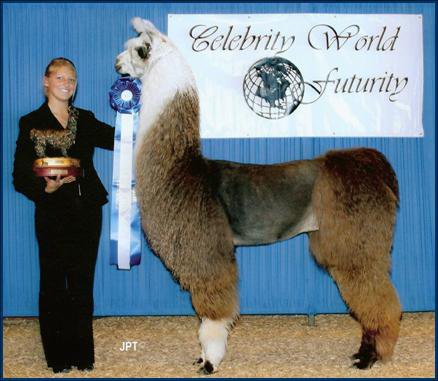 Some of Timone's Champion Offspring

2020 New Crias arriving on our Farm

ILR# 293074  DOB: May 5th, 2019   Sire: GNLC Scorcher   Dam: TooMuffin RTC
We were so excited when Spot On was born. We have been searching for a show quality appaloosa male now for quite awhile. I guess we just had to be patient.  Spot on was 37 lbs at birth and continues to be tall for his age. His fiber has beautiful crimp and is so soft. He is very calm and easy to work with. I am so excited to see what he add to our herd. 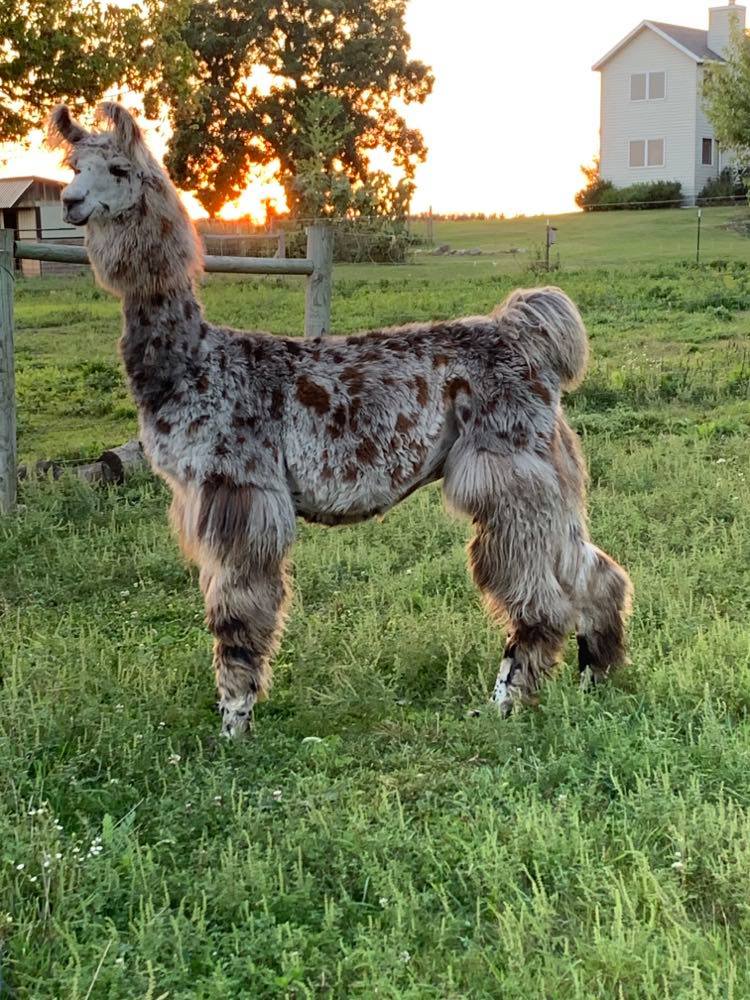 ILR #289426  DOB 6/14/2015   GNLC Silvertone x Kantu's Bardoe
Domino's athletic build and height is so impressive. He has beautiful true black suri curled locks. Can't wait to see what he will produce for us. He is just over 47" at the withers. Domino now resides at Pleasure Valley Llamas.

ILR# 287813        DOB 10-1-13  Argentine Marcel x American Idol
43" at the withers
Simon is very correct and has beautiful crimp to his heavy wool fleece. Simon has added fiber density and bone to his offspring.  His Sire Argentine Marcel is a beautiful show winning male that is sure to catch your eye. His dam is a silver suri female out of the Kantu lines. He is completely body sheared in the photos.